For those who are not aware, Android uses fun candy related names for their different operating systems when they upgrade them, such as Ice Cream Sandwich. Mac users are familiar with this as Apple uses the names of big cats, such as Lion and Mountain Lion for their OS upgrades. The latest iteration from Android, which debuted in June, is Jelly Bean. They are slowly rolling the OS out on different devices, the first two of which were the Nexus 7 tablet and the Galaxy Nexus smart phone. The OS is still picking up speed, but most believe that it is going to be in most of the Android devices very soon, which should be good news for those who are thinking of upgrading to a new phone or tablet. 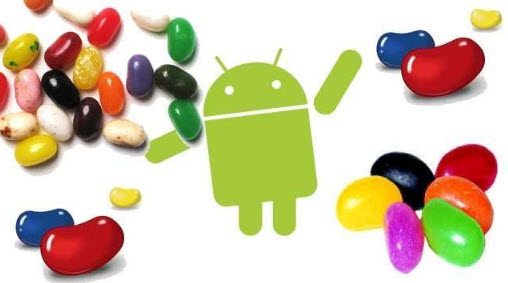 What Do Jelly Bean Users Say?

While many of the users find that there isn’t a marked difference between the last version – Ice Cream Sandwich – and Jelly Bean, there are some nice new features and benefits to it. One of the things that users say they like is the fact that the interface is smooth and easy to use. Jelly Bean offers text to speech functionality, as well as voice typing. The calendar works better, the browsing is more energy efficient, the VPN service and overall, it seems as though it is easier to use.

It is also now possible to share photos, videos, and more simply by touching your device to another device that is compatible with it. Another one of the benefits that users are seeing with Jelly Bean is a better keyboard that predicts more intuitively than the previous versions. With Google Now, the phone can even seem to learn the behavior of the user, offering information and data before the user requests it.

These features are actually quite amazing to see, and is reminiscent of something out of science fiction. Indeed, with all of the new changes that are taking place with Android and other smart phones, the line between science fiction and science reality is blurring.

Is Jelly Bean Worth Upgrading?

For those who are on the fence about upgrading, it isn’t drastically different from Ice Cream Sandwich, but it does feature enough new and interesting features that it could be worth your while. For those who are Android aficionados, it is certainly worth upgrading. Those who are considering getting an Android device will find that now is a good time to do it.