Tablet computers are trending upwards. They’ve been around for a lot longer than most people realize, yet it still remains true that Apple, like they did with the phone, thought differently when it came to pushing out the slate-looking device; in essence the iPad began the revival of tablet computing. 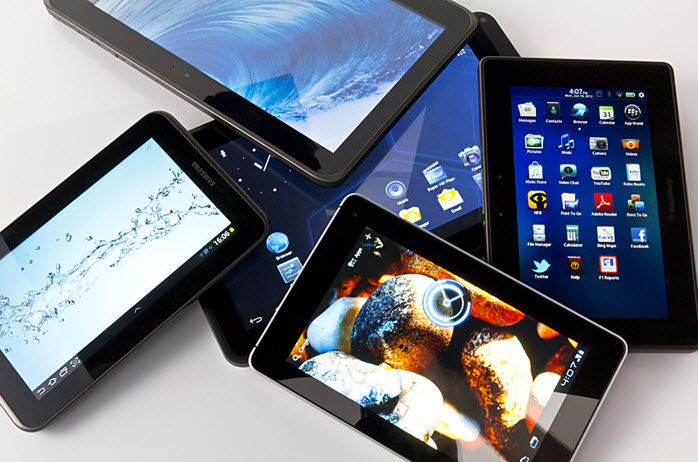 Since Apple paved the way there have been many manufacturers coming into the tablet market space, all of them seemingly achieving success. If you were to go to Amazon.com or Ebuyer or Barnes & Noble.com you’ll see each company offering a tablet computer.

So what does this mean for other computing devices, such as laptops and desktops? If everyone is jumping on board the tablet train then does that mean these other devices are being affected? In short, yes. This article will talk about how the emergence of tablets is impacting the sales of computers and why that is.

If you were to search for tablet market sales and projections there is only one thing that turns up…UP. All of the data is pointing upward for these devices and downward for the desk. Numbers from Gartner show the following:

As you can see, tablets, while nowhere near PCs in terms of shipment for the year 2012, is projected to grow year-by-year to surpass desktops and notebooks 2017 by a considerable margin. In fact, Gartner proclaims that tablets are expected to grow by almost 70% this year!

Clearly the data is showing a difference of direction between tablets and PCs and it’s not hard to argue the numbers. Tablets are in and are driving the other devices out.

Why is this Happening?

Now that it’s established that tablets are adversely affecting the sales of PCs—notice that all other devices on the list are increasing in shipments—it’s time to speculate why?

When you think of a PC what do you imagine? A desktop computer full with tower, monitor, keyboard, and mouse? How about just a simple notebook using a USB mouse and connected to a printer? What do these things seem to have in common? The answer is the quality of being static.

People desire mobility and content above all. The iPhone and Kindle have shown us that and tablets are perfecting on that design. Tablets utilize intuitive design and quick programs that enable users to consume and share content with a quick swipe or tap of their finger. PCs operate on keyboards and mice that give good precision, but are a pain to carry around or are just less necessary in a world of touch.

Tablets are also easy to share in the real world. Imagine trying to share something on a desktop, you’d have to go to the person’s desk in order to see the screen. With a tablet, users can pass around a miniature system that looks like a document and consume rich media all while going from place-to-place.

As PCs are phased out in favor of tablets, the world of computing will get a lot more interesting as tablets need to overcome their production deficiencies to be seen as a real asset in business. However, what the market demands, the market gets.

Your guide to the Nikon D3200 DSLR