Everything seems to be going wireless these days. While there is no doubt the convenience of wireless access for everything from laptops to smartphones is convenient this convenience comes at a cost. Speed is sacrificed by even the best Wi-Fi network and interface cards when compared to traditional Ethernet hardwire. 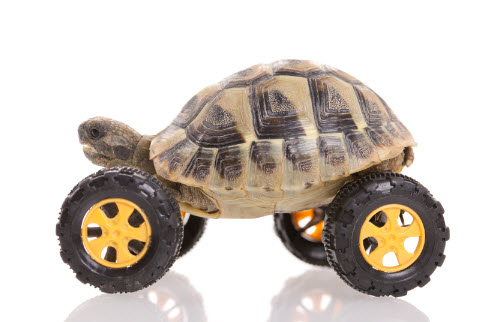 The more wireless devices connected to the Wi-Fi the slower it typically becomes. In the race to make everything more mobile and convenient we sometimes lose sight of practical and more productive. If you are running large files and programs, saving and retrieving from a server or cloud device there is no reason to settle for slower speeds by utilizing shared Wi-Fi access. Having hardwire access at work stations or around your home can provide a much faster and more reliable connection without the peaks and valleys in performance typical of wireless access. You can easily achieve several times the data transfer rates with Ethernet cable as with wireless connection.

In the workplace productivity is improved not only through higher speeds and less waiting but in worker diligence. Without the open Wi-Fi employees use their computers and workstations as opposed to their smartphones for personal use. With most business working off a server data and files can typically be accessed from the server with no need for wireless if in a different station.

Security issues of wireless are many. It is far easier to hack a router to gain access to your home or work network than to hack the firewalls on your server. A hardwire system prevents information from being openly broadcast for any with the ability to capture or decrypt (though there is really very little encryption for most wireless activity). To keep from broadcasting your business the surest way is plainly to not broadcast it at all.

When it comes to specifics of speed the comparison is very simple. The common 802.11g wireless connection can achieve a maximum of 54mbps while a 10/100 Ethernet cable does 100 mbps. It is not quite that simple though as most recognize that both are faster than all but the most impressive high speed internet connections. This is why it still matters.