In the month of September saw a number of big launches such as iPhone 5, Nokia Lumia 920 and much more. With customer becoming more spoilt for choices the smartphone industry is all set to go north with these smartphone taking technology to the next level. Today, we would be reviewing the Nokia Lumia 920 which is seen by many experts as the rise of Nokia in the smartphone arena. 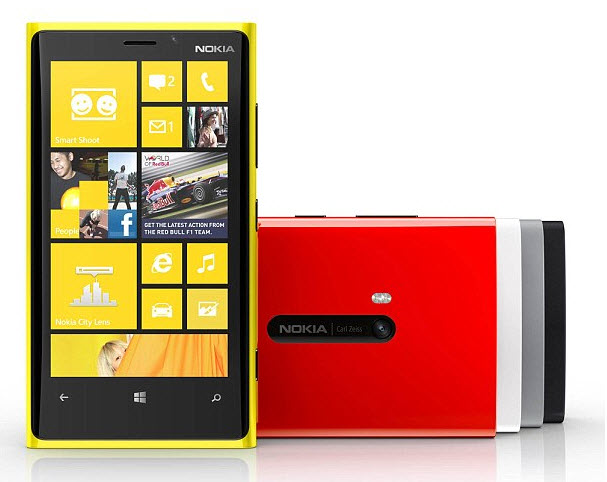 Amongst all the glitz and glamour, Nokia launched two smartphones from the Lumia range namely 920 and 820. At the launch of these phones, we could see how both Nokia and Microsoft reiterated the fact that Windows 8 and Nokia phone are made for each other. The Lumia 920 on the first impression doesn’t disappoint us.

The make and build of the Nokia Lumia 920 is very much similar to its previous predecessors. The screen is big, beautiful and very thoughtfully designed. The polycarbonate unibody is the main reason for the better antenna performance. Nokia is trying very hard to stand apart from the crowd as far as the design is concerned. The Lumia sports a 4.5 inch high definition screen which is curved in shape. Teamed up with the Nokia Pure Motion HD Plus technology, the pictures and videos played on the screen feel more lifelike. The company claims that the screen is the fasted LCD display that is ever shipped and moreover it is 25 per cent brighter than the rest of the lot.

The Nokia has struck big with its PureView technology and is moving forward to offer it in its next line of products. The camera lens remains somewhat stable even if the phone is jiggled around. This reduces the blur and we get high quality images every time. Lumia 920 is equipped with a Nokia 808 PureView camera 8 MP camera that is coupled with the Carl Zeiss optics. The camera has all the commonly available features such as panoramic sweep, auto focus, face detection, HD recording and much more. There are a number of nifty filters and other apps which are thrown to add life to your images.

The Nokia Lumia 920 is powered by Snapdragon S4 dual core processor which is designed to give better battery life. The battery of 2000mAh has been included in the phone and is the biggest Nokia has ever installed in a phone.
The most interesting and innovative thing which we found with this phone is its in-built wireless charging and I believe that this is the feature which the Apple should have incorporated in the iPhone 5.

The Live Tiles which are a major part of the Windows 8 can be resized and customized. Maps and Voice controls have been improve and are put on the main screen rather than in the app drawer. Nokia City Lens is another enhancement which is thrown in by Nokia.

With the launch of Lumia 920 and 820, Nokia has ended the speculations that the company is shutting down or is being taken over by someone. The company has done an excellent job with this phone and is all set to capture the smart phone market. This device is not only the flagship handset for Nokia but it is also a showcase for Microsoft’s Windows 8, where the stakes are high.