It is the end of the year and each top smartphone brand has thrown their flagship bet in the arena. If you are going to buy a new smartphone and is looking for one of the top brands in the market, 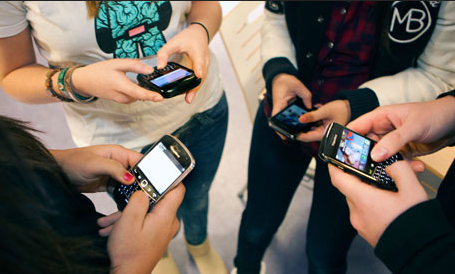 Here is a list of the best phones from some of the top brands today:

It is thinner and faster, and this is the best iPhone yet.  Only apple users can realize Brand experience.  the Equipped with a more powerful processor in the A6, Apple was able to improve upon what is already a great phone in the iPhone 4S. Aside from the new processor, it also sports a new operating system in the iOS 6, which, maps disaster aside, offers better user experience especially with its upgraded Facebook integration and improved Siri. Plus, it finally has 4G coverage. Downside is that it still does not have NFC capabilities and you would have to buy new accessories because of its new adapter.

The Galaxy S3 should have been the top phone from Samsung if not for the Galaxy Note 2. But if I have the money, I would rather spend it on this phone-tablet hybrid that is in a classification of its own. There is just too much to like on this device; you’ve got the Android 4.1 Jellybean and is running on a super fast quad-core processor. The large and beautiful screen is great for videos and games, and the S Pen, while not perfect, is still a great addition with lots of potential. Of course, not all are comfortable with its size but its productivity apps and features make this an almost perfect business telephone.

Like the Galaxy S3, the One X was dethroned as the best flagship phone from HTC by a new and better Android device. The Droid DNA gives you a wide 5-inch screen that gives sharp and vivid pictures. It is powered by a quad-core processor and has 4G Network coverage. The 8-MP camera also lives up to HTC’s reputation for great camera phones. The best part is that this phone can be had for just under $200. The downside is that it does not have an SD card slot for expandable memory.

The specs of this phone are almost exactly like the Nexus 4, except that this device has 4G Network coverage. The tradeoff is that it doesn’t have Jellybean yet and is running ICS. But still, this is a quad-core powered phone that also supports 4G. The large 4.7 inch screen is gorgeous and its design is beautiful. It could use some improvements audio-wise, and the camera could be better as well.

Motorola busted the notion that thin phones cannot have long battery life. The device is not only slim and greatly designed, it also boasts of the longest battery life in the modern cell phone. Aside from that, this device has a dual-core processor that clocks in at 1.2GHz. It also has built in apps that makes it great for multimedia use. The phone, however, could use a better camera.

What phone tariff offers the most for customers?
❯

Best Samsung Smartphones To Look Out For In 2015