If you have checked out the different choices of Geiger Counters out there, you would have certainly noticed the Radex RD1706 Pocket Radiation Detector, which is one of the popular choices out there. It boasts about a lot of things, especially the portability and accuracy of results. 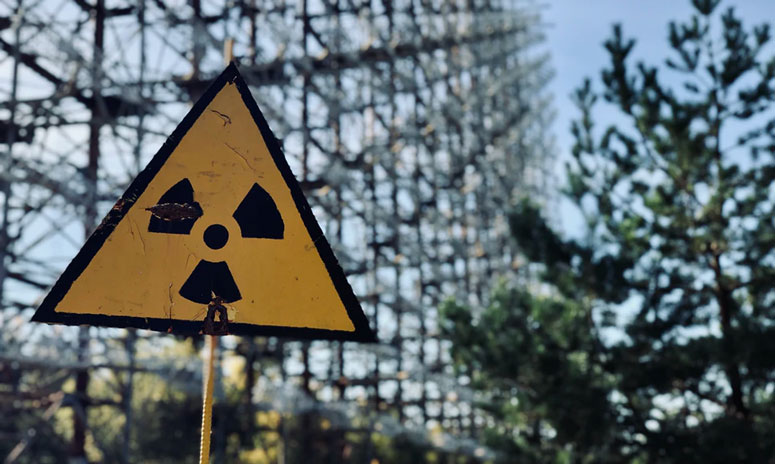 However, the question is whether Radex RD1706 Pocket Radiation Detector is really up to the mark when it comes to action. The last thing we want from you is purchasing an inaccurate radiation detector and making decisions based on those numbers. So, before we recommend Radex RD1706 Pocket Radiation Detector in any of the reviews or recommendation list, we need to be sure of its authenticity; hence, a review.

In this article, we will have an in-depth review of Radex RD1706 Pocket Radiation Detector based on our own experience and other customers’ review. It will be quite comprehensive that you can take the best decision after you finish reading this article. Shall we start with an introduction to this Geiger counter?

One thing you must have understood is this: Radex RD1706 is something you can use for detecting presence of radiation in a particular area. It’s developed and sold by Quarta-Rad. In case you don’t know, it’s one of the popular brands when it comes to radiation detectors. 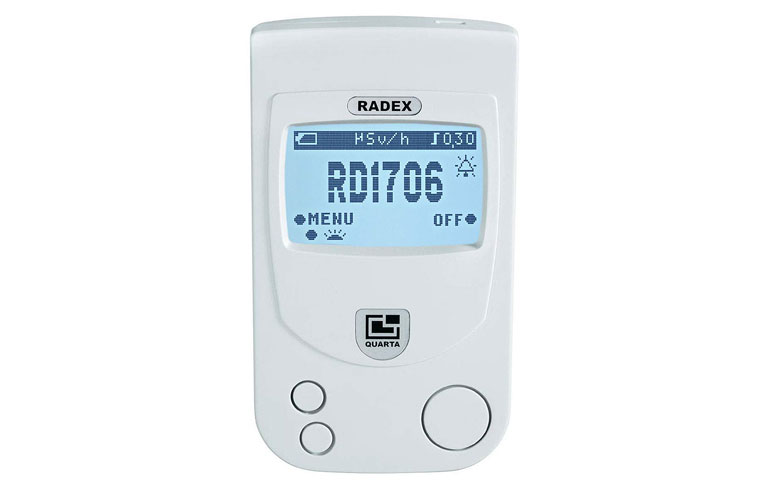 In fact, it is why we included this product when we decided to bring you detailed reviews of the best radiation detectors out there. In the first look, it is scientific-looking and techy. Chances are, you will instantly become a lover of this thing, even if you are seeing Geiger counter for the first time. But, that’s not enough, right?

Shall we now move onto the different aspects of consideration when you need the perfect Geiger counter, for home or office? First, we will talk about the Design.

To term this design Simplistic would be an understatement for sure. It’s more than that. It’s not really often that people bring the perfect blend between simple design and functionalities, but Radex RD1706 Pocket Radiation Detector does that, apparently.

Just look at the image, and you can see how comfortable it would be to hold and use this radiation detector. With three buttons on front and slot for batteries on back of the device, the design feels pretty stable too.

In terms of design, we’d say Radex RD1706 Pocket Radiation Detector is one of the well-built Geiger counters in the market. You would not have to worry about problems like slipping or lack of comfort while using. We hope we’re clear here.

If we consider the aspect of build quality, Radex RD1706 Pocket Radiation Detector is equally sturdy. You’d not have to worry about it breaking or being subjected to wear and tear. Quarta-Rad has done its best when it came to creating an ultra-sturdy and reliable Geiger counter.

Now that Radex RD1706 Pocket Radiation Detector has an impressive design to make it functional, let’s have a look at how well it performs in the detection process. You would be quite impressed to have such specs by paying such a relatively small amount.

Radex RD1706 Pocket Radiation Detector is powered by two Geiger-Muller radiation sensors, which means it will be pretty quick in detecting the presence of radiation, if any. Also, it uses a special tech for Quick Data Accumulation, which is good from the refresh rates point of view. In practice, the detector would be able to adapt to the environmental changes as far as radiation presence is concerned. You will be notified instantly, adding some perks to the accuracy aspects.

Coming to detection, Radex RD1706 Pocket Radiation Detector can sense the presence of Beta, Gamma and X-Ray radiation. It all happens in this small device, without compromising even the small bit of portability in any part. Isn’t that great? 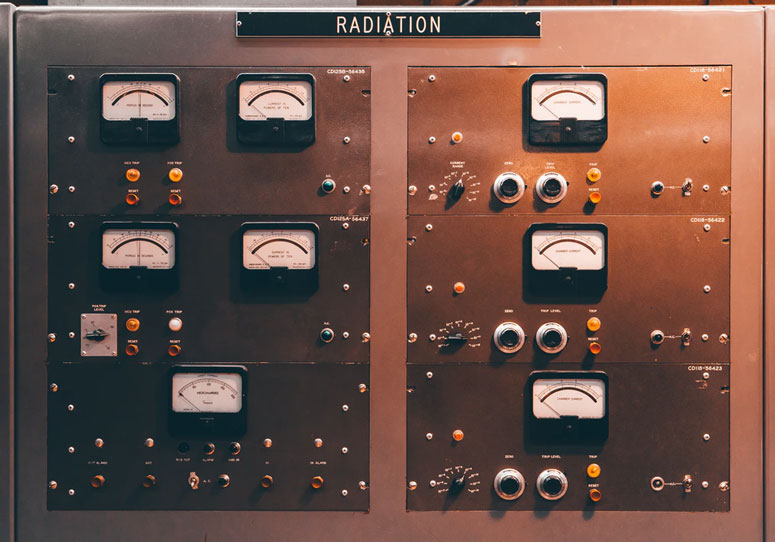 Obviously, the display of Radex RD1706 is an important aspect to be discussed. As you can see, its display is taking up a noticeable portion of space on the front space, with buttons aligned below it. Using the Radex would be an easy task, especially due to the simple footprint that we mentioned earlier. You can easily carry this around, and, thanks to the quick detection ratios, you will be notified of ionizing radiation presence as soon as the device can.

There are a few other things that make Radex RD1706 Pocket Radiation Detector one of the most portable and trustworthy pieces out there. First of all, there is a wonderful battery capacity, which gives us 500 hours of continuous usage. If you are someone who tests radiation presence as a part of profession, Radex RD1706 will be the ultimate companion for you. You can keep detecting radiation presence without the fear of your battery running out of juice.

Quick Response Time, as we mentioned earlier, is also another reason for the ultimate popularity of Radex RD1706, especially among professionals. Even when you are shifting from one place to another, the detector would be fast-enough to give you up-to-date results. All these are valid, despite the fact that you are paying a relatively small amount for this radiation detector, when compared to others in market. And, as per what customers saying, this product is pretty durable too.

Having seen the different aspects of Radex RD1706, we now believe it’s indeed one of the best choices out there in market. Obviously, there are some downsides such as the lack of Data Logging and the Non-helpful Usage Manual. Even so, we are talking about a Geiger Counter, which is not only quick and accurate but also capable of running for days continuously. Add to these points the easier control and high sensitivity, you are getting a steal for this money. At the end of the day, we’re now confident to recommend this to anyone.