When work on UTOPIA began more than a decade ago, the idea brimmed with promise. UTOPIA stands for Utah Telecommunications Open Infrastructure Agency. It is a wholesale fiber optic network, providing phone, internet, and video services. Although they are barred by law for providing retail services, they partner with other companies to provide the services for a fee. The prospect of a superfast fiber-optic Internet connection gave all the appearance of being a pathway to generating revenue for some of Utah’s cities and providing the best technology for residents and businesses. The project, however, is bound to fail; here are three reasons why.

3. It Had Financial Trouble From the Start 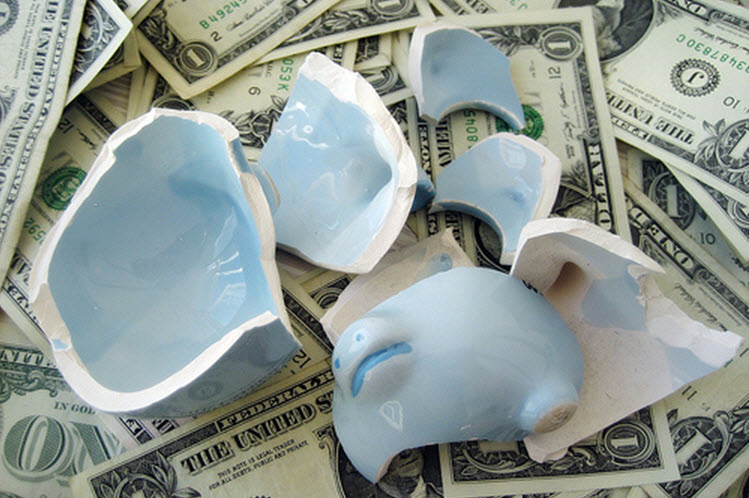 To say that the Utah Telecommunication Open Infrastructure Agency, or UTOPIA, has been a financial disaster is putting it mildly. The 11 cities that own UTOPIA face enormous debt. The first bond issued on the project, for $185 million, will amount to about $475 million in debt by the time it is paid off in 2040. That money is now gone and they have now acquired another bond issued by a different source, for $60 million.

Since it began operating, the monetary losses for UTOPIA have been one after the other. Only about 11,000 people are currently connected to UTOPIA, a figure that is small in comparison with the potential customer base. Just to get a UTOPIA connection, there’s a $2,750 installation fee, which could be why so many shy away, regardless of how speedy and reliable the connection is. The technology itself is amazing, but it shouldn’t have been funded on tax-payers dollars, rather by investments from private parties willing to take the risk. The upfront costs are too high for many people to try out. $2,750 could cripple people’s budgets for what, an internet connection?

While UTOPIA executives remain optimistic about the network’s future, they face harsh criticism. In September of 2012, an interim committee reviewed an audit of UTOPIA which pinned accusations of utter mismanagement and irresponsible spending on the company. Quoted in the Salt Lake Tribune, one representative on the committee stated, “It feels like the direness of the situation is very much understated.”

Managers of UTOPIA claim to have a plan to get out of the financial hole, but the details of the plan stay in the dark. The lack of transparency by the company contributes to the concerns of taxpayers and lawmakers alike. It’s true that fiber-optic Internet might be the way of the future, UTOPIA’s approach for bringing on that future is floundering. For investors and customers to feel like they can trust this new entity a larger emphasis must be placed on transparency. Would you invest $2,750 in a company that you weren’t sure was even going to stay in business?

Rather than touch the mess that is UTOPIA, many residents of the 11 cities in the network stick with conventional internet connects. Salt Lake City is the state’s most populated city, and it is not participating in the UTOPIA fiasco. Indeed, residents there continue to rely on other ways of connecting to the Web via services such as Salt Lake City Internet.

1. Its Opposition Comes From Numerous Directions

The storm of debt and mismanagement causes residents of participating cities to voice opposition to the project. Brigham, for instance, instituted special-assessment property liens meant to help pay for UTOPIA hookups, which caused an understandable murmur of rebellion.

Even some of the cities are backing down from their support of UTOPIA. Three of them, namely Perry, Tremonton, and Payson, chose to withdraw from UTOPIA’s second go at borrowing.

Many voices in the community have called for UTOPIA to find a way out. They say cut the losses and let the cities start to recover from the disaster. Others say that the project still has potential to boost business and innovation. The latter group may just be clinging to their pride, however. Only the future will tell.

The odds are stacked up high against UTOPIA, and its total failure seems inevitable. Predicting the failure of UTOPIA would be the safe bet. This is such a new idea though that it may catch on in a hurry. The mismanagement of the company needs to be addressed before customers and the general public look at this as a scam rather than the innovation that it could be.

EM Bypass – Most in Demand Location to Buy Property in India